on November 10, 2019
Willem Steelink Sr (1826-1913) was an artistic engraver from Amsterdam. He attended the Rijksacademie voor Beeldende Kunsten (Royal Academy of Visual Arts) and became known for his illustrative work and his engraving of other (painted) works. 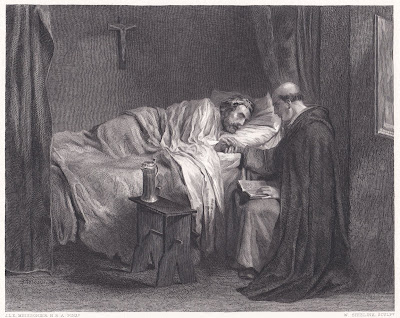 Steelink had already worked for Enschedé on some banknotes, when he was asked to engrave the ornamental frame for the 1898/9 Dutch high value definitives, after Rudolf Stang had told the printers he did not have the time to engrave the whole stamp. Stang would eventually only engrave the portrait.

Steelink submitted his die on 1 September 1897. It was approved on the 8th of September except for the inscriptions. It took a lot of time to get the lettering right. In fact, the stamps, which were supposed to have been issued on 6 September 1898, Coronation Day, were still not ready. The 1g value was rushed out to have at least something new for sale in the post offices that day, but the lettering was still not acceptable to the authorities. 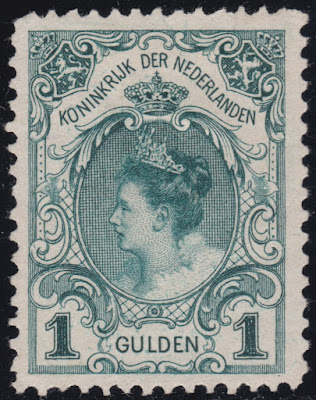 Work continued on the die with the word GULDEN being re-engraved in thicker letters and the phrase 'Koninkrijk der Nederlanden' re-engraved in thinner letters. The figure 1 was also made thinner and placed a little higher. Because proofs in the (former) Dutch postal museum only state that this die was engraved by Enschedé & Sons, it is not certain whether the changes made to the lettering were actually done by Steelink. Finally accepted, the high value definitives, including the reworked 1g value, were issued in 1899.

Willem Steelink’s son, also named Willem, was also an artist known for his etchings and engravings. Willem Jr has sometimes been wrongly credited with engraving these stamps, but it was definitely Willem Sr who did the work. 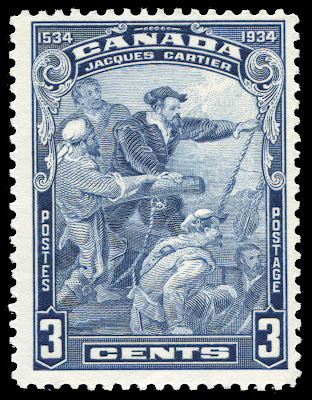