on July 12, 2019
The other day I saw a number of postcards on ebay, which were all written to the late Mrs Irene Lawford. She was an influential figure in the Philatelic Music Circle. That's probably how she got to know the French engraver Eugène Lacaque, who was indeed the author of those postcards. I managed to obtain a few which were of more than just passing interest, and I'll gladly show them to you here. 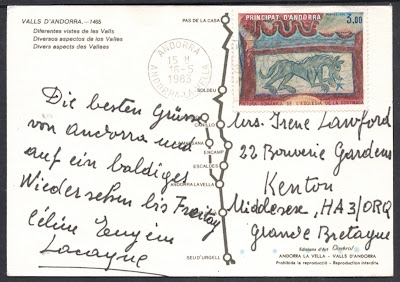 The first two are not very interesting when it comes to the actual message; they are just postcards sent with greetings. But they are fascinating none the less because Lacaque managed to frank them both with stamps he had engraved himself. How cool is that?! 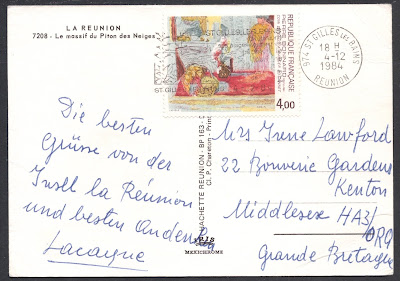 The third card has no stamp on it at all and will have been sent within an envelope, but on this card it is the message that matters. Lacaque tells Irene he has just been congratulated by the Monaco Post for winning an award for his eagle stamp which he engraved for them in 1982, part of the set depicting birds in the Mercantour National Park. 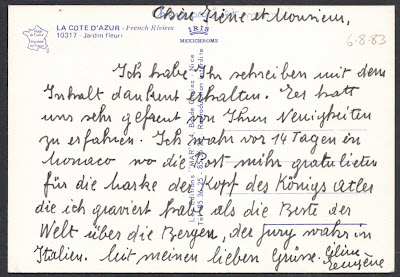 Naturally, I had to get the set in and here is that eagle stamp: it was pronounced the most beautiful stamp in the world, by a panel of judges in Italy. 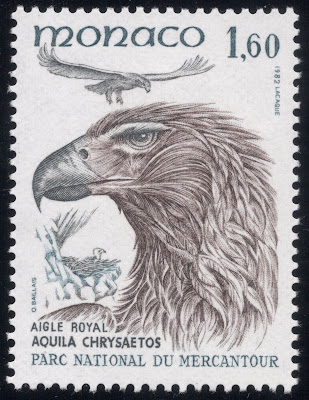 All I need to do now is get the two stamps in that Lacaque used on his postcards and I can mount three nice pages for my Lacaque collection! 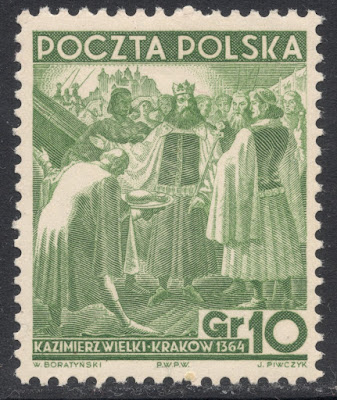