on October 29, 2016
You will be firmly familiar by now with my tendency to like and collect other engravings done by stamp engravers. For Naszarkowski this would entail a collection of his many ex libris or book plates he made in the mid to late 1980s. 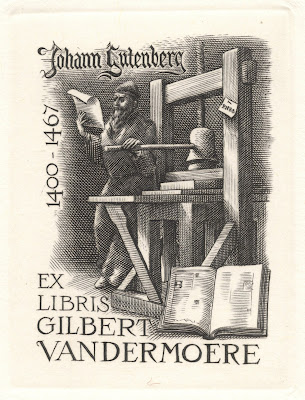 This was at a time when he had just been employed by the Polish post to engrave stamps. Stamp commissions were still few and far between though, in the beginning, so Naszarkowski kept himself busy with engraving book plates. A perfect way to become experienced in the art of engraving on a small (ish) scale. 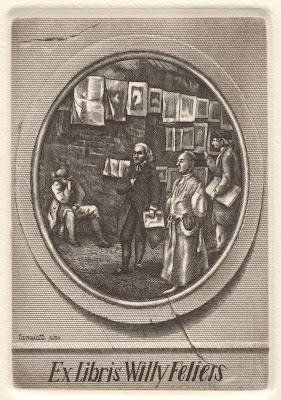 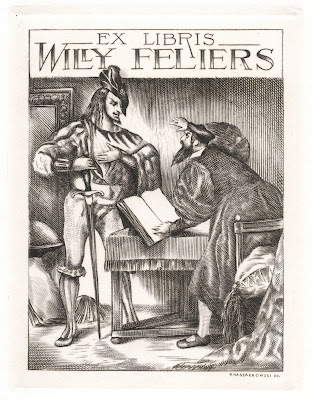 Some of the names of those bibliophiles keep on returning, such as that of Willy Feliers. For him, Naszarkowski engraved two book plates based on Faust. I especially like the moody engraving he did in 1986. The quote also makes the illustratrion more poignant. 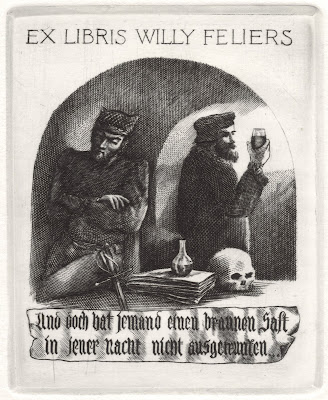 And yet that night, those juices brown
A certain man did not drink down