For many decades, the Nordic Countries had been proud suppliers of hand-engraved stamps, but one by one they abandoned this tradition of quality and artistic splendour, in favour of more cheaply produced products. Denmark was no exception, and the country which once kept engravers such as Britze, Jacobsen, Slania and Kühlmann busy hasn’t issued a single engraved stamp since 2016. One by one, the engravers disappeared from the scene, until there was only one man left standing: Bertil Skov Jørgensen. 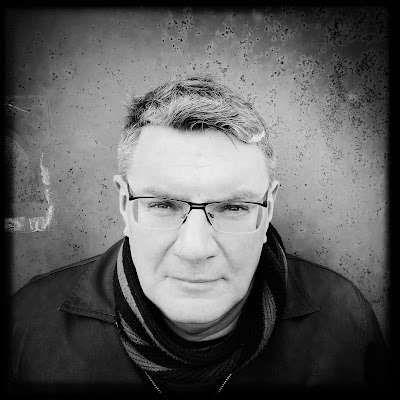 When Bertil Skov Jørgensen (born 1968 in Kolding, Denmark) grew up, there were two major influences in his life. One of those was the artistic influence of his direct family. Although none of his relatives were active in any artistic profession, his father was a press photographer, and very interested in art, pictures and typography. There was even a framed full sheet of the green 10 øre Danish definitive stamp – of the Wavy Line design - hanging on the wall in the family home. On his 7th or 8th birthday, Bertil was given a set of technical drawing pens, and he has been hooked ever since. Studying masters such as Piranesi and Dürer, as well as work from Danish painters and printmakers, he admired the precision and amount of detail these artists displayed in their work.

The other main influence in young Bertil’s life was his maternal grandfather, who was Bishop at Ribe Cathedral. Bertil used to discuss the more philosophical questions of life that a young man might ponder with his grandfather. Not that he was overly religious, but he was interested in religious history, scientific history and epistemology.

When the time was there for Skov Jørgensen to choose his future, he enrolled at Copenhagen University, where he started studying theology. His interests still mainly lay in the more philosophical questions; the exploration of the common ground for religion, philosophy and the natural sciences.

It may have given him an air of importance, as it would any student of such classical themes, but all the while, Skov Jørgensen kept drawing and painting and he even had a few exhibitions. At some stage, he applied for a place at the Royal Academy of Fine Arts. He never expected anything to come of it, as it is fiendishly difficult to get accepted. But like the proverbial sign from above, Skov Jørgensen was among the 16 candidates picked from a total of 800 applicants!

And so Skov Jørgensen embarked on the path of becoming the artist he is today. He spent most of his six years at the Academy concentrating on the engraving techniques. Interest in the art form was at a low ebb in those days, and that meant that Skov Jørgensen basically had the engraving workshop to himself! Thankfully for him, interest in the print form has since been revived.

To be continued!
Biographies Skov Jørgensen