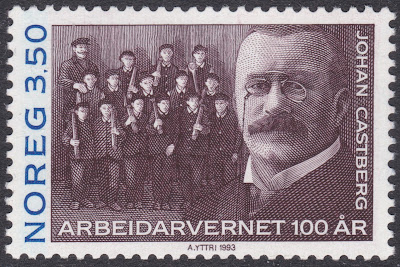 Arild Yttri (born 1958) received his initial training in the art of line engraving at the National School of Fine Arts in Bergen, Norway, where he studied from 1979 to 1986. At some stage, a teacher of his alerted him to a vacancy at the Bank of Norway, where Yttri would be accepted and received further training in the art of steel engraving. He would stay with the bank until it discontinued the use of steel engraving on its banknotes in 2005.

Meanwhile, Yttri als started engraving stamps. His first stamp engraving, the 2k50 value of the 1988 Norwegian stamp set marking various military jubilees, was an impressive debut. The stamp marked the 350th anniversary of the Defence Construction Service and the amount of details Yttri managed to capture in steel is amazing.