on March 04, 2020
It has since disbanded but the Czeslaw Slania Study Group was a major force in the field of Slania collecting for many years. Apart from their newsletters, they published works cataloguing everything by Slania. This continued until after the master's death in 2005, and the publication of today is their 2008 fifth revised edition of The Engraving Art of Czeslaw Slania, which may well be their latest edition of this work.

For those who would like to have a complete-as-possible list of Slania items this is really a good book to hunt down. Not only does it list all stamps engraved by Slania (naturally!), it goes on to list his banknotes, his non-postal labels - the boxer labels taking pride of place among them - and his private art. 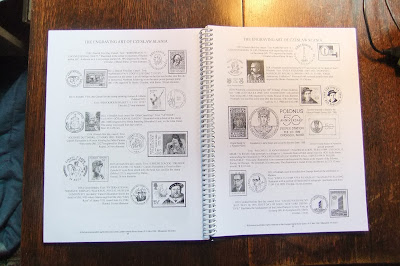 But it goes on! Phone cards, stamp cards, postal cards, postmarks, bookplates, design sketches; basically anything and everything that is Slania related is to be found in here. 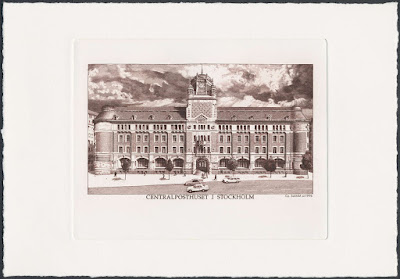 Printed in black and white, these 124 pages are a treasure of information, and it even includes a shortish biography of the man!