on October 06, 2019
Frank Davies Manley (1894-1976) is rightly regarded as one of Australia’s eminent stamp engravers, and designers, but he was actually from England, having been born in Lambeth, London on 24 October 1894. It was his schoolmaster who noticed his evident talent to reproduce the essence of any image with just a few lines. Frank had lost his father when he was only nine years old and this schoolmaster stepped into the breach, and arranged for a charity to pay for the fee needed to get Frank an apprenticeship at De La Rue. Frank was only fifteen when he started a seven-year apprenticeship as an engraver. His teacher at De La Rue would be Thomas Duffell and their boss John Ash; men who would soon recognise Manley’s talent and who would be pivotal in giving him his break later on in life. 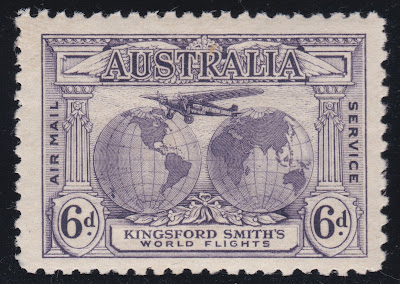 During these years, Manley would receive additional education at London’s Central School of Art & Crafts and the Bolt Court School of Engraving & Lithography. His education was cut short because of World War One, and Manley never finished it after the war had ended.

Manley worked in the publishing industry for about a decade and then got the opportunity of his lifetime when he was asked to start engraving for the Commonwealth Bank Note Printing Branch in Melbourne, Australia. Aforementioned John Ash was manager at the printers’ and he had already lured Duffell to Australia. When business really took off, a second engraver was needed, and Duffell suggested Manley. Ash agreed immediately and that’s how Manley was asked to come to Australia and join the team. Manley started working for them in March 1929; initially on a five-year-contract but he was offered permanent tenure at the end of that period.

Manley was immediately put in charge of his first stamp engraving: a single value marking the Centenary of Western Australia, which would be issued in September of 1929. This was soon followed by the engraving of the Capt. Charles Sturt stamps, of which only two values were eventually issued. The third, a 4½d value in the same design, was never issued but a few copies have survived. 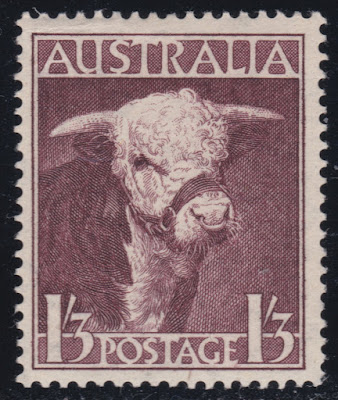 By then, Manley’s employers were convinced of his excellent talents and asked him to try his hand at designing his own stamps as well. Manley proved just as talented in this field, and soon, in 1931, his first designed and engraved stamp was issued: a set marking the Kingsford Smith’s Flights. This set did prove rather troublesome when a first die of the 6d value had the words Air Mail / Service running along the side panels in the same way the lower values had included the word Postage. That made the words Air and Mail seem like one word, which was objected to, so a new die had to be prepared which saw the letters placed differently along the sides.

It was the second time Manley had to start all over because his very first die, for the postage stamps, had to be abandoned after the Post Master General instructed to change the direction of the aeroplane depicted.

This stamp, by the way, was the first to honour a living Australian, even though he wasn’t portrayed on the actual stamp. That honour inadvertently went to Frank Manley’s own son Owen, who is the Boy Scout portrayed on the 1948 Pan-Pacific Scout Jamboree stamp!

From then on, the name F. D. Manley would dominate the stamp catalogues of Australia and its territories, with the man being responsible for almost every stamp designed and engraved in the 1930s and 1940s. As a result, Manley was responsible for many iconic Australian stamps. 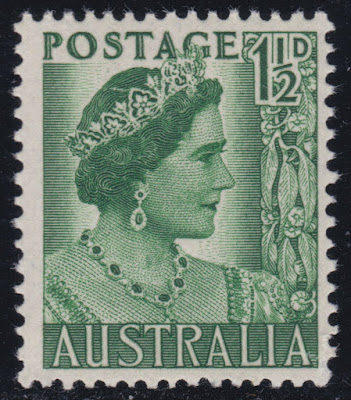 One of those is the 1934 Hermes stamp. This was engraved by Manley during the period that the printers were moving from flat-bed presses to rotary presses. Manley’s die started cracking when the rotary press printing plates were produced, so instead they printed the stamp from the old flat-bed presses. Later, when the technique for creating rotary press printing plates had been fine-tuned, a new print run took place on those and that version was issued in 1937.

In the meantime, Manley’s 1934 engravings of the Centenary of Victoria set were the first to be printed on the rotary presses. This proved satisfactory, but the next issue, marking the death centenary of Capt. John Macarthur, yielded more problems. Rotary printings with the original die for the 2d were lacking in distinction. It was issued, but the die was reworked and a new print run took place, yielding a new type.

Australia made no use of the omnibus design for the 1935 Silver Jubilee issue but let Manley design and engrave his own stamps. King George V was so pleased with the result that he requested the original artwork to be included in the Royal Collection. The Australian post rather held on to their original artwork, and so they asked Manley to create an exact replica of his initial drawing and that was presented to the king. 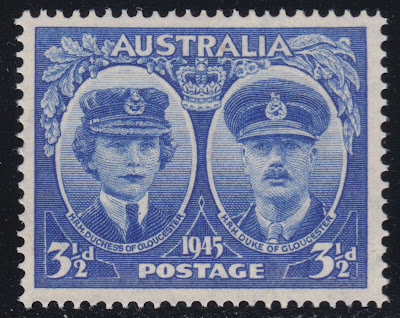 Another of Manley’s famous stamps is the 1948 Hereford Bull stamp. This stamp was the direct result of an anonymous design competition held in 1946 by the Postmaster General. Some 663 designs were submitted, of which a small total of eight were eventually deemed worthy of any further consideration. Of these final eight, only two made it into an actual stamp, and Manley’s Hereford Bull was one of those.

Besides Manley’s many stamp designs and engravings that we can enjoy, there is obviously a wealth of material which never made it into the stamp catalogues. In 2007, when an exhibition was held to honour Australia’s stamp engravers, Manley’s work took pride of place and it turned out that his well-known Queen Elizabeth definitive of 1950 was actually based upon a previous design for the aborted Royal Visit of 1949. King George VI was too ill too travel at that time, but dies for the stamp issue had already been made. Rather than waste these, Manley simply exchanged the portrait of Princess Margaret with that of Queen Elizabeth and thus created yet another iconic Australian stamp. 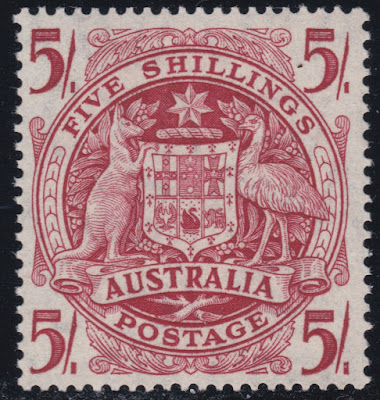 Even in the 1950s, right up to his retirement in 1960, his would remain a household name, though more and more he would share the limelight with other fine engravers, mostly trained by Manley himself. Despite being so busy at the Note Printing Branch, Manley would also hold a teaching post at the Royal Melbourne Institute of Technology for some five years. There, he taught etching, engraving and die sinking.

Manley retired in 1960 from the Note Printing Branch, at a time when general opinion moved away from engraved stamps in general and engraver-designed stamps in particular. The general public, and the philatelic brotherhood as well, was fed up with monochrome stamps and clamoured for full colour photogravure-printed stamps. This was a somewhat bitter end to Manley’s glorious career, but nevertheless Manley was subsequently asked to join the Stamp Advisory Committee, which he accepted and he served on the committee for five years.

Frank Davies Manley passed away in Melbourne, Australia, on 19 January 1976. He would have been pleased to known that his stamp engravings and designs have stood the test of time, and can even be found on Australian wine labels. In 2009, a ‘Favourite Australian stamps’ issue of five values, with stamps chosen based on the results of a public poll,  included three designs and/or engravings by Manley.

This biography was written with the kind assistance of Ms S Gay, who permitted me insight into the Manley Family Archive, from which most of the information was taken.