Stephen Alonzo Schoff was born in Danville, VT, on 16 January 1818. He started his first apprenticeship as an engraver at the early age of 16. Having first worked in Boston for a firm making greeting and other cards, Schoff applied for a job at the Bureau of Engraving and Printing, where he was taken on board at the end of 1869. 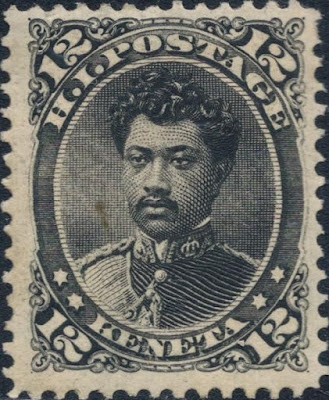 Schoff, together with a select group of other engravers, would go on to strongly influence the development of the American Bank Note Style of engraving. His work is mainly in the banknote sector, though. So far, only one stamp can be positively attributed to him; the 12c Hawaii definitive of 1875 portraying Prince Leleiohoku.

Stephen Alonzo Schoff passed away in Brandon, VT, on 6 May 1905.