on April 25, 2019
George Frederick Cumming (Fred) Smillie was born in New York on 22 November 1854. Together with the stamp engraver Alfred Jones, His uncle James Smillie taught him the art of engraving. Smillie was so talented that at only 17 years, he was taken on as an apprentice by the ABNC, in 1871. Within a few years he was one of their Master Engravers, specialising in portraits and human figures. In fact, he received an immediate increase in his salary after he had executed his first ever portrait (of Samuel F B Morse), in 1876. While working at ABNC, Smillie studied drawing at the Cooper Union and the National Academy of Design. 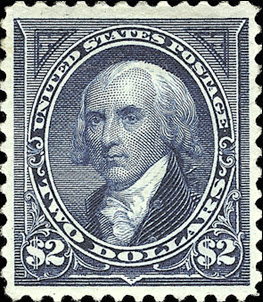 Smillie finally settled down in March 1894, when he started working for the BEP. He became not only their Master Engraver but also the Head of the Engraving Department. Here at the BEP his career really blossomed and he became famous for being the finest engraver of both portraits and vignettes. His work for the allegorical design on the $5 US silver certificate of 1896 is regarded the pinnacle of his talents.

1922 saw a change in management at the BEP which would become Smillie’s downfall. Until then, being fully aware of his own skills and the importance of the engravers working at the BEP, Smillie would always negotiate better pay and working conditions for himself and his fellow engravers. The new management were having none of this, though, and basically just sacked him by registered mail. What bothered Smillie most was that no allowance was given to his 28 years of dedication to the firm, and the fact that he was not informed personally.

Luckily for him, his talents were too well-known for him to be long without a job. The ABNC welcomed him back with open arms.

Fred Smillie passed away in Washington DC on 21 January 1924.