on February 20, 2019
Sukeichi Oyama was born at Shimo-Arada in the Kagoshima Prefecture of Japan in 1858. Oyama attended the Takashima School in Tokyo where he learnt English. He excelled at school which gave him the opportunity to go to the United States to further his studies. He stayed for a period of two years. Oyama then returned to Japan where he became an apprentice at the Paper Money Office, learning design and engraving. 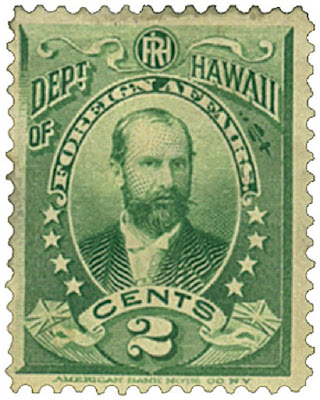 In 1885, having been an apprentice for some nine years, Oyama was sent back to the United States, to become an apprentice at the US Bureau of Engraving and Printing (BEP). There, he learnt the specific art of drawing and engraving banknotes. From the little work positively attributed to him during Oyama’s stint at the BEP, it is clear he had a great talent for engraving portraits, even this early in his career.

In 1890, Oyama returned to Japan and the Printing Bureau, as it was now called. Having been so thoroughly trained in the American engraving style, with its intricate compositions of lines and dots, Oyama’s style clashed with the traditional Japanese style of his seniors. His influence can still be seen in the work of current Japanese banknote engravers. But at the time, however, Oyama’s game-changing style was not appreciated by everyone and he did not always feel appreciated for his work. And so, in the early 1890s, Oyama returned to the United States where he got a position at the ABNC.

Once again, we find Oyama mainly engraving vignettes for banknotes, bonds, etc. His stunning array of female heads is still unrivalled in beauty and craftsmanship. They may be found on numerous banknotes, coupon heads and other security printings. 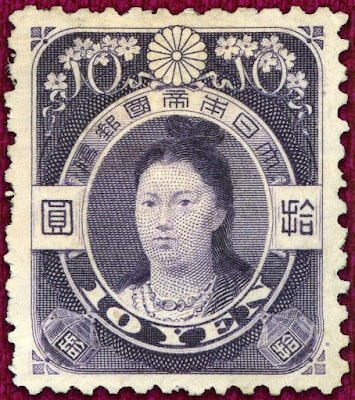 In 1896 he engraved his first stamps: a portrait of Lorrin A. Thruston on six stamps for the Department of Foreign Affairs in Hawaii. Another philatelic item of Oyama’s can be found as recently as 1978, when his ‘Female reading’, which he engraved in 1899, finally saw use, on a US Postal Service Stamp Panel, issued for the George Cohan stamp.

In 1900, after his Japanese senior had passed away, Oyama returned to Japan and was finally recognised by being offered the position of senior engraver, and some years after the position of Chief of the Engraving Section. It is during this final stay in Japan that Oyama engraved his two Japanese stamp issues. In 1908, his portrait of Empress Jingu appeared on two high value definitives, and in 1915 he engraved the two top values of the set commemorating the coronation of Emperor Yoshihito. It is generally thought, however, that his banknote work is superior to his stamp work, especially when comparing his Empress Jingu portrait with that he engraved for the 1878 1, 5 and 10 yen banknotes for Japan. Oyama remained chief engraver until he passed away on 5 April 1922.