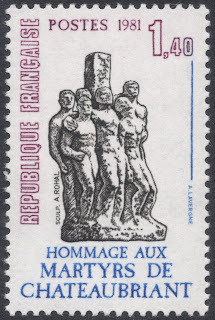 André Lavergne was born in the French department of Aveyron, in 1946. He went to Paris to work for the PTT after his success in a technical drawing contest of telephone networks. His artistic talents were noticed and he was asked to join the Postal Museum. At the same time, Lavergne started attending evening classes at the Arts Academy of Paris where he studies painting and engraving.