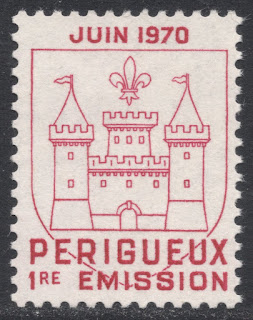 As so many famous French stamp engravers had done before him, Paris born Claude Jumelet (1946) studied at the Ecole Estienne, the famous Graduate School of Arts and Printing Industry. After four years of study he left, armed with diploma and medals, and went to work for the French Government Printing Works, at the young age of 21.

There he developed further into one of the major contributors to French philately. His introduction into the French stamp catalogue formed part of the 1970 issue to mark the transfer of the Government Printing Works to Périgueux. The stamp itself, the Marianne de Cheffer design, was engraved by Claude Durrens but the attached label was engraved by Jumelet. It would be the first of many issues which in one way or another were pivotal in French philately.

Since then, Jumelet has engraved hundreds of stamps, not only for France but also for countries such as Monaco and Tunisia and those of the former French Empire. His work has even appeared in the United States, when an American-designed, 1986 joint issue with France was given to Jumelet to engrave. He has therefore rightly been bestowed the title of Grand Master of France. 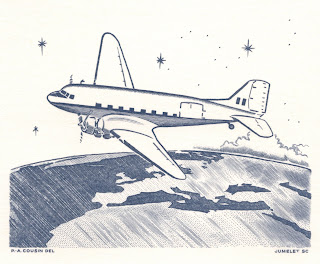 Jumelet is very passionate about the art of hand-engraving, be it stamps or other formats. He has been a member of the French organisation Art du Timbre Gravé, which safeguards and promotes the hand-engraved, recess-printed stamp, for years. In 2008, he engraved one of their annual complimentary souvenir cards.

Other philatelic souvenir items Jumelet engraved throughout his career are the 1998 engraving of Ceres for the book Le patrimoine du timbre-poste français, and the souvenir sheetlet for the 2004 Parisian stamp show Le Salon du Timbre, which comes in ten colours, one for each day of the show, and a special ‘inauguration’ one. 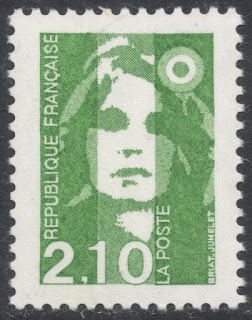 Claude Jumelet has engraved quite a number of French definitives, following in the footsteps of Pierre Gandon. His first Marianne was the one introduced in 1989, Marianne de Briat. He also engraved her successors, Marianne de Luquet of 1997 and Marianne de Lamouche of 2005. As the names suggest, none of these were designed by Jumelet.

Jumelet has also tried a few times to have his own Marianne designs chosen, but has so far failed to succeed. His first design, of 1997, was criticised because his Marianne did not wear her symbolical phrygian cap, which turned her basically into ‘Mrs. Anybody’. The French President, always having the final say, therefore unsurprisingly chose a different design, that of Eve Luquet, which Jumelet would proceed to engrave. And bittersweet was the fact that when all designs were shown at that year's Philexfrance stamp exhibition, the public overwhelmingly voted for Jumelet's design. So at least he won the popular vote, if not the French President's favour.

Jumelet submitted two other attempts, in 1989 and 2008, with privately pulled die proofs existing for both essays. 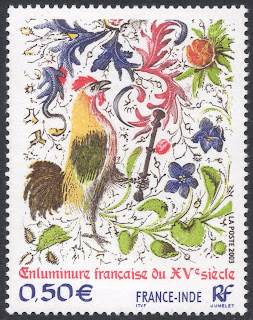 During Jumelet’s career, which already spans over five decades, many of his engraved stamps have been awarded various prizes. Jumelet even managed to win the coveted Grand Prix de l’Art Philatélique twice! The first time was in 2004, for his stamp depicting 15th century French illuminations, part of the 2003 joint issue with India. In 2008 he won again, this time in the sheet/booklet category, for his engraving of the ‘European Values’ booklet, depicting democracy, the environment and peace.