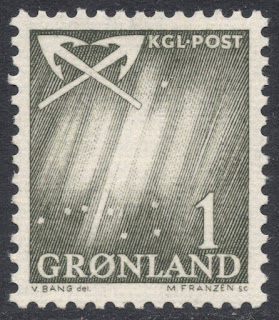 Majvor Irene Franzén was born on 21 May 1938. She never started out as a stamp engraver. In 1959, she joined Beckman's Advertising School in Stockholm. One of her fellow pupils worked at an advertising bureau and managed to get her some work as well. The bureau happened to be Polish, and as luck would have it, the stamp engraver Czeslaw Slania used to do some work for them too. That's how Franzén met Slania. He was impressed with her drawings and told her she should try and become a stamp engraver. Too shy, Franzén did not believe she had the talent and instead kept on working for the advertising bureau, while taking evening classes at the School of Art.

But Slania's praise kept ringing in her ears so she did try her hand at learning to engrave. She kept in touch with Slania, who gave her valuable tips on how to cope with the extremely demanding work of an engraver. While she found it hard, Franzén managed to persevere, thanks to the continued encouragement of Slania, and slowly she began to forget her dreams of working in advertising and instead wanted truly to become a stamp engraver.

At the time there were unfortunately no job vacancies at the Swedish Post, so Franzén tried her luck in Denmark. She looked up the Director-General of the Danish Post who thought her rather enterprising. The fact that their master engraver, Bent Jacobson, had rather much on his plate at the time helped as well, and so it was decided that Franzén would be given a chance to prove herself by engraving a stamp for the new Greenland definitive set. Franzén was given the design of the Northern Lights to engrave, which she finished in July 1962. The stamps were issued in March 1963.

By that time, Franzén had married and moved to Texas in the United States. She didn't last very long, though, and in 1966 she moved back to Sweden where, lucky for her, there now was a vacancy at the Swedish Post. She started working for them on 18 October 1966. 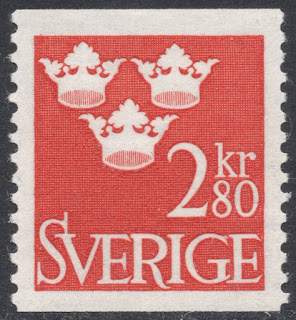 Her first assignment was to engrave three values of the ongoing 'Small Arms' definitive series, which had been introduced in 1939 and had originally been engraved by Sven Ewert, but he had passed away, so other engravers had to provide additional values issued in later years. These first stamps are normally credited to Majvor Ewing, which was her married name at the time. They were issued in January 1967. In later years, some issues are also credited to Majvor Franzén-Matthews.

A career of twenty years followed, in which she engraved in total some 100 stamps. During that time, she took on a broad scale of subjects. She even proved to master the fine art of portrait engraving, usually thought to be the pinnacle of an engraver's achievements. Her portraits for the two Europa stamps of 1980, especially, are often quoted as perfect examples of the art. 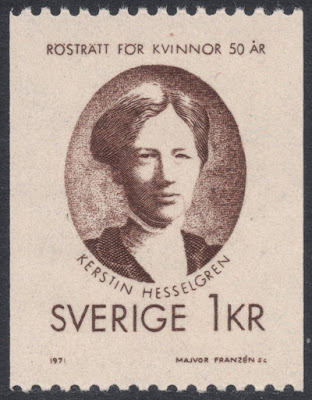 Among her own favourites are the 1969 set marking the birth centenary of the painter and writer Albert Engström, the 1970 engraving of the Glimmingehus, part of the Historic Buildings set, and the portrait of Kerstin Hesselgren, issued in 1971 to mark the 50th anniversary of women's suffrage in Sweden.

In an interview she once told the anecdote that she and fellow engraver Zlatko Jakus had to produce the stamps for the 1974 booklet 'Wintersports on Skis'. They were both rather keen to engrave a photograph of Kjell Sjöberg whilst ski jumping. So much so that in the end they decided to draw lots under the watchful eye of senior engraver Arne Wallhorn. Franzén won the contest.