Life is too short to be little. This quote by erstwhile British Prime Minister Disraeli was on Yves Beaujard’s mind when he relocated his family to the United States to start his career as an engraver.

Yves Beaujard was born on 27 November 1939 in Saint-Aignan in France. His love for both engraving and the United States was soon ignited, for it was an old American engraver who first taught him how to handle the burin. Thoroughly enthused, he enrolled at the École Estienne, where his teachers were the famous stamp engravers Pierre Forget and René Cottet. But Beaujard always maintained that that old American taught him more in a very short period than he could ever subsequently learn at Estienne. Beaujard completed his training at the École Estienne in 1960. In 1966, he finished his first philatelic work: a design for a South Vietnam stamp. But at the time, he mainly worked as an illustrator in the publicity industry.

The following year, when École Estienne were looking for someone to go to the United States, Yves Beaujard naturally volunteered and came to work for the US Banknote Company in Philadelphia, engraving banknotes and stock certificates. He also engraved a series of portraits of all the US Presidents which were used by the Franklin Mint. This work cemented his reputation for portrait engravings on security papers. The United States are known for their own classic style of portrait engraving, a style which is held on to at all cost, to ensure the quality and security of all engravings. 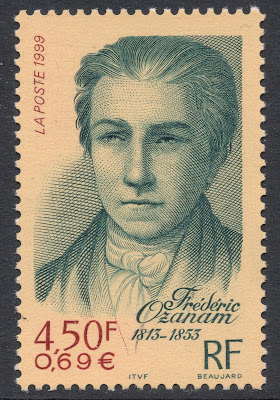 In 1977, Yves Beaujard returned to France. Thinking he would easily get a job as an engraver,  his efforts to get employment from the French Post were a bit haphazard, and therefore led to nothing. Beaujard found it easier to find employ as an illustrator, so he went on to illustrate various book covers, especially for children books. He also continued to work for his American clients. He always kept a soft spot for the United States.

Beaujard also kept a soft spot for the art of engraving. In 1999, he therefore contacted the French post again, this time more seriously, and was duly given the opportunity to create his first stamp: a single value marking the 146th death anniversary of the historian and social campaigner Frédéric Ozanam. He felt at the time it was a daunting step to take, after having been an illustrator for so long. Having to return to the business of engraving, and on such a small format at that, was like having to start working in cross-stitch. At the time he stated that he did see himself as a craftsman rather than an artist. But he has always preferred the engraved stamp to any other form of stamp, even though the process may have its colour limitations. He marvelled at the fact that you could produce something which looked great when just looking at it but also when studying it under a magnifying glass. As a child, he used to collect the stamps of the French colonies, in love with their exotic imagery and colouring. He is still very fond of the work of the engraver Jacques Gauthier.

Yves Beaujard has always been rather pro active when it comes to encouraging others to learn how to engrave. Fellow artist SarahBougault, for example, has said she was introduced to the art of engraving by Yves Beaujard when she met him at the École Estienne. But Beaujard also visits secondary schools to try and inspire the kids to learn about the art of stamps design, engravings and the various printing processes. He even managed to inspire his own daughter Sophie to such an extent that she has been involved as a designer, and recently an engraver as well, of stamps issued in France and its territories for many years now. 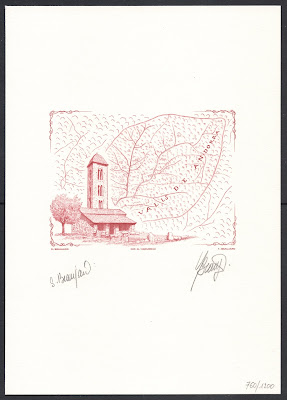 It was therefore no wonder that Beaujard became involved in the association Art du Timbre Gravé. A movement to preserve the art of stamp engraving was started by Timbres Magazine in 2004, and soon picked up by engraver Pierre Albuisson, who contacted Beaujard. Beaujard was immediately convinced of the importance of this, and agreed to join the association, becoming its Vice-President, a position he held for a decade.

One of the membership perks of the association is the publication of special engravings by its members. Beaujard engraved the first one to be issued, in 2005, a symbolic illustration of designing and engraving hands. To mark the tenth anniversary of Art du Timbre Gravé, the usual engraving presented to the members was again made by Beaujard. The design was of the two-faced Roman God Janus, symbol for beginnings and endings, looking back to the past and forward to the future.

Beaujard’s philatelic career has since taken flight, with his portfolio including many beautiful portrait stamps and every now and then an issue which lay even closer to his heart. In 2004, for example, he relished engraving the Statue of Liberty for a French stamp, and in 2012 the French Toy Soldiers issue paid homage to his other passion. 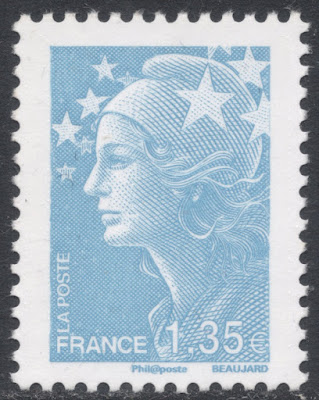 In 2012, Beaujard finally entered the ranks of winners of the Grand prix de l'art philatéliqeu, as awarded in France. Not for a French stamp, but for his 2012 Andorra miniature sheet, on which he engraved two stamps depicting the Casa de la Vall. The miniature sheet was issued to mark the fitieth anniversary of teh restauration of this building. He followed this up in 2015 with his first Grand Prix for his French stamp marking the Paris Spring Stamp Exhibition.

But the highlight must for him surely be that which most French engravers long for: the opportunity to engrave the country’s Marianne definitives. His Marianne et l’Europe was chosen in 2008 and remained in use until 2013.